National pride takes many forms: parades, a quest for gold medals, bumper stickers that read “Kiss me, I’m polish” (well, at least in my case). Three hundred years ago, national pride involved dueling sheep breeds, economic ambition, and the quest to create the perfect wool. Gather round and listen to the tale of the Rambouillet sheep.

In today’s world, wool doesn’t even crack the top ten of most valuable commodities, more’s the pity. Hundreds of years ago, however, wool (and later, woolen cloth) topped the list. During the Middle Ages, people of all social classes in Europe needed wool. The weather was cold, houses were drafty, and wool was warm. The softer and finer the wool, the more valuable it was. It didn’t take long for wool production to become a crucial segment of England’s economy. Three specific breeds, all longer-stapled fibers—the Cotswold, the Lincoln, and the Ryeland—produced most of England’s wool. It was considered the finest and softest wool available, the pride of England.

During the 16th century, England’s frequent rival Spain began to develop a new breed of wool, one that would turn the global wool market upside down. Sheepologists differ in their theories of the Merino’s precise origin, though most believe that its ancestors came from North Africa. Whatever the source, Spanish shepherds recognized the potential of this emerging breed of sheep. They began to refine the breed, amplifying desirable traits like the wool’s fineness. In time, they had developed their own sheep breed: the Merino. As the quality of Spanish wool improved, so did its fame. Aided by Ferdinand and Isabella, who issued land reforms that favored shepherding over food crop production, Spanish Merino became the premier quality wool in the European market. Take that, England!

Not surprisingly, Spain jealously guarded its monopoly on Merino wool. Exporting Merino sheep was a criminal offense, punishable by death. While Spain permitted a small quantity of Merino wool to be exported, it was only because Spanish factories couldn’t process it all. And oh boy, did France covet Spanish wool! 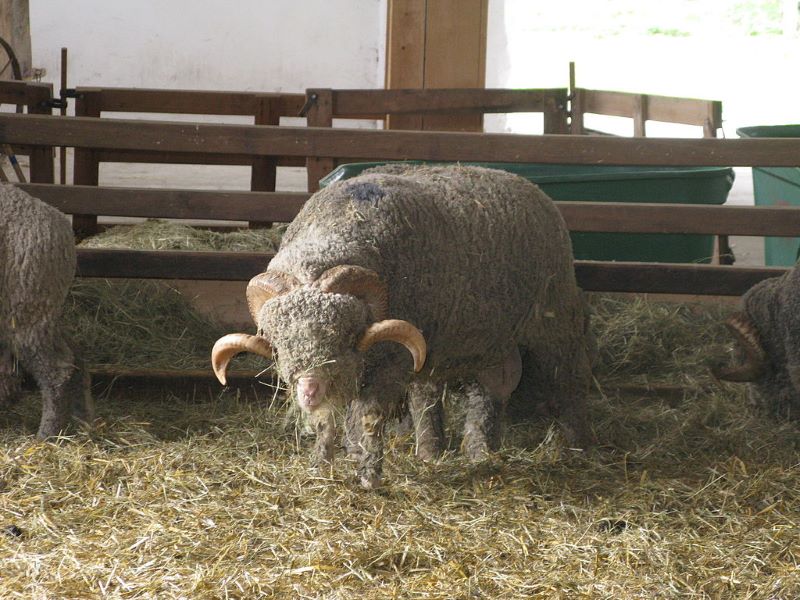 Did you ever love a product so much that when the manufacturer discontinues it, you run around buying all you can on Ebay and then store the boxes in your closet hoping you’ll never run out? That’s exactly how France felt about Spanish Merino. French advisors knew that the only reason Spain was willing to sell Merino wool to France was because their factories couldn’t handle the quantity. France feared that Spain would build more factories to expand its processing output, then restrict the export of its wool. A prescient French minister named Trudaine decided that France needed to grow and produce its own fine wool. It was a matter of national pride! 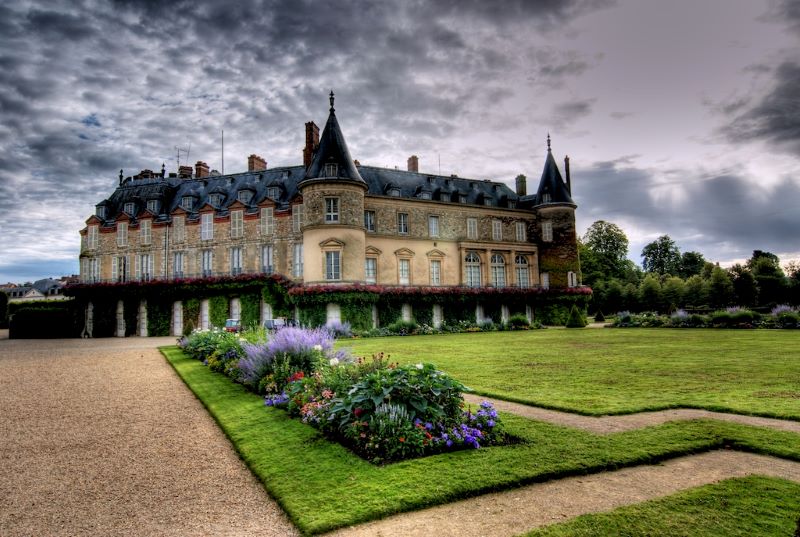 In 1783, France’s Sun King, Louis XVI, purchased a large property near Versailles from one of his many cousins. Louis XVI intended to use the Chateau de Rambouillet to expand his hunting grounds. (Fun fact: When the Sun King’s wife, Marie Antoinette, first saw the chateau, she reportedly burst out with”Comment pourrais-je vivre dans cette gothique crapaudière!“—which translates as “How could I live in such a gothic toadhouse!”) A few years later, Louis XVI built an experimental farm at Rambouillet, the Bergerie Nationale, to study animals, plants and trees from other countries. 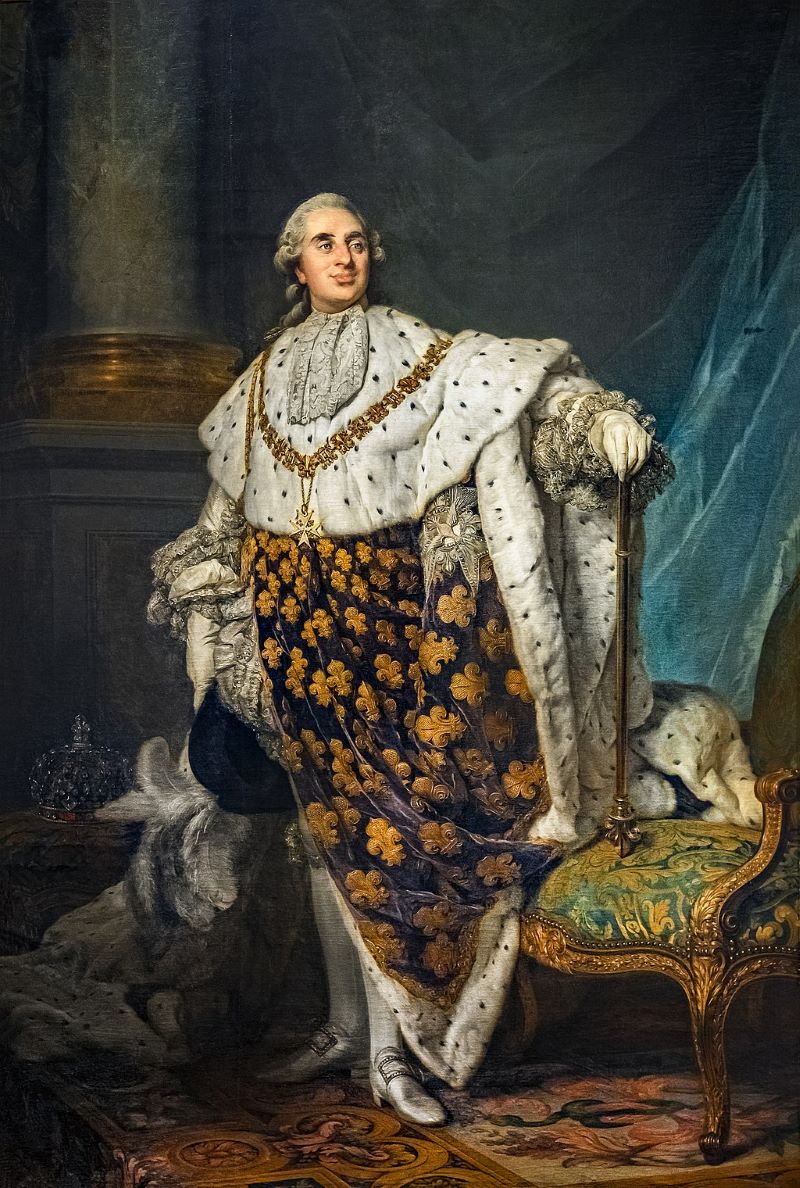 Quelle opportunité! A request was sent in the Sun King’s name to another cousin, Charles III of Spain, offering to purchase some Spanish sheep. In 1786, Charles agreed to sell several hundred heads from his prize flock to France. A total of 366 sheep, accompanied by Spanish shepherds, survived the trip and were settled at Rambouillet. One source proudly notes: “Observe that this flock, obtained for the king of France, was not a gift. These sheep were selected by the best experts, and all the best qualities of the finest races were represented.” Score one for la France!

After a rough first winter, the flock began to multiply. In the meantime, political heads began to roll—literally. A devoted scholar named Professor Gilbert protected the flock from the ravages of the Revolution. Gilbert later set out for Spain in search of more Spanish sheep but his attempts were less successful this time. Political relations between France and Spain had deteriorated. Many Spaniards were hostile to the idea of ​​selling more prize Spanish sheep to their political rival. Gilbert persisted but became ill in 1800 and died while visiting a Spanish shepherd.

As the Spanish Merino industry began to deteriorate, the French went flocking wild. They kept their newly-acquired sheep at the Rambouillet farm under tight control and got to work. They refused to allow other sheep breeds to mingle with their flock and closely regulated the breed’s availability to other farmers. Some say that a few particularly fine English longwool breeds were carefully crossed with the Rambouillet to improve the wool, although we don’t know for sure. By 1870, the Rambouillet breed was the star of the show at the Paris Exposition, a leading one jury member to describe it as “the most perfect type of fine wool sheep in existence.” 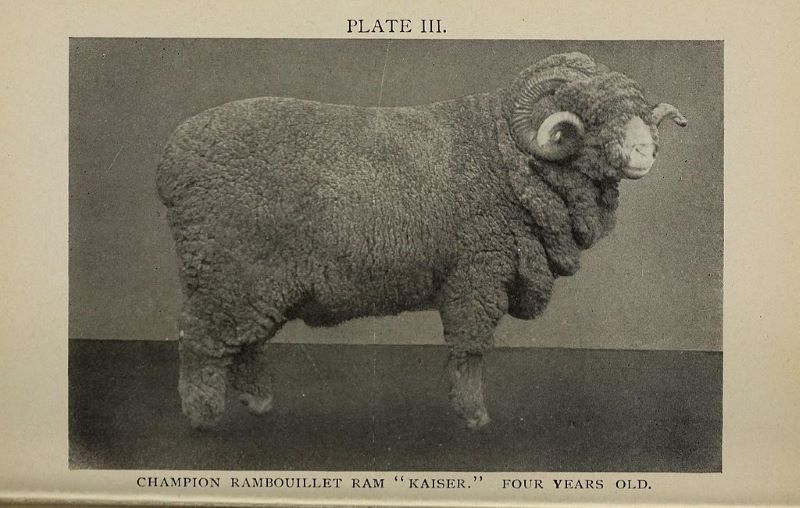 So exactly what makes the Rambouillet such a fine figure of a sheep? That depends. From a sheep farmer’s perspective, Rambouillet are larger and sturdier than their Merino cousins. Their wool is more plentiful, too, with a fine and soft hand. Rambos are a dual-purpose breed, providing high quality meat as well as beautiful wool. They also adapt well to harsher conditions and can thrive even with relatively sparse vegetation. From a knitter’s standpoint, though, the best thing about Rambouillet sheep is their wool. Rambouillet wool is next-to-the-skin soft—some knitters describe the hand as “cotton-y.” It takes dye beautifully and has excellent elasticity, giving it bounce and sproing. Its loftiness gives it an airy feel and makes it cozy-warm. 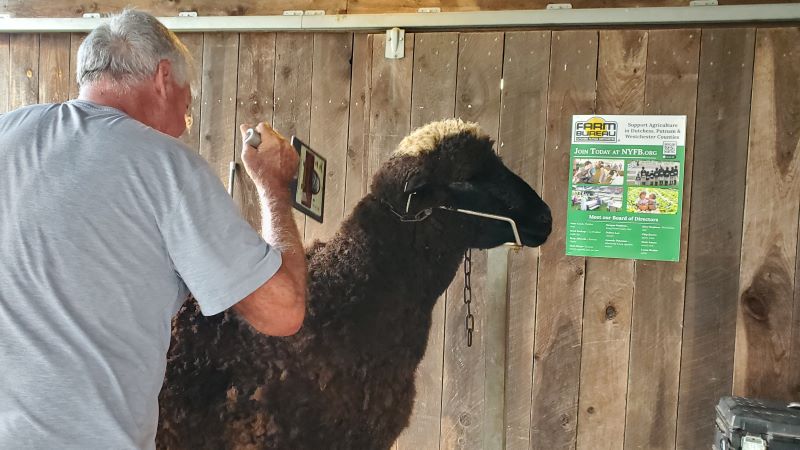 The first Rambouillet sheep arrived in the US around 1840. Today, you can find Rambouillet sheep all over the western United States. In fact, it’s estimated that as much as 50% of western American wool is Rambouillet, descended from the original flock at Rambouillet, France. You may not be able to prance around a faux farm with a tall wig and petticoats like Marie Antoinette, petting the little lambs, but who cares? You can sit back with a skein of yummy Rambouillet wool and knit until the cows come home.

Top image of a Rambouillet lamb courtesy of Wikimedia Commons