Here it is February, and the warehouse has just now caught up from the nonstop Niagara of end-of-the-year orders that began the moment Holiday Shop launched last fall. Ever since, we’ve been behind—due to our one-at-a-time-in-the-warehouse (thanks to COVID) policy. We’re healthy but we’re exhausted. And I’ll be honest: we’re pretty plum-sick of touching yarn. I kid! It’s way more than just pretty plum-sick!

One consequence of that is that I haven’t even thought about a personal knitting project since late September. At one point toward the end of the year, I even considered just putting up all of my stash and tools—yarn, needles, project bags, all of it—for sale on Ravelry and eBay and being done with knitting forever. I only resisted doing it because I thought I’d be driven insane by dye lot questions and nitpicky price dickering. If you’ve ever sold anything on eBay, you know that this is an Absolute Truth: people will spend fifty dollars of their time—and yours—arguing with you over fifty cents worth of goods.

So! I just shoved the stash cabinet drawers shut, dragged a chiforobe in front of them and decided to not think about any of it for a bit. Or ever again, really. La la la, knitting, what’s that?

But then early this week, the warehouse died down just a little. There’s always this brief pause before the launch of a new Field Guide and I like to take ONE MOMENT to gaslight my own self by thinking, “Oh look how calm everything is! Look how even-keeled I am! Look at all of those low low low blood pressure numbers!”

Which created the false illusion that I would have some free making time coming up. Ha ha ha, of course the bajillion subscriber copies of Field Guide No. 20 that we have to mail in what seems like one second mean that I do not have any free making time. but I started thinking about a project I had just barely started last spring anyway and how maaaaaybe it would be a good idea to take a look at it again and give myself something to do during all this profuse and bountiful downtime. I pushed aside the furniture blocking my yarn drawers and dug it out, like when whatsisface pried up the boards looking for the telltale heart.

The project in question is a nightmare, of course, because I am constitutionally incapable of starting a project that’s just a washcloth or a scarf or some other easy ten-rows of-garter-voila-finished kind of thing. No, I have to start some dumb knitted map of the United States. In ten thousand different shades of gray . . . even though there are only fifty states. Though by the time I finish this dangled thing, there will probably be about sixty-two. Greetings, citizens of Texahoma and Northern Utahfornia!

Anyway. Here’s what it looked like when I dumped it out of the in-the-works bin.

Here’s what the whole blasted thing looks like chart-wise. Each one of those paper squares has about 3,300 stitches. And approximately one billion little bobbins of yarn. Working from the bottom, I’m up to the green tape line. Uh-huh. Pray for me. 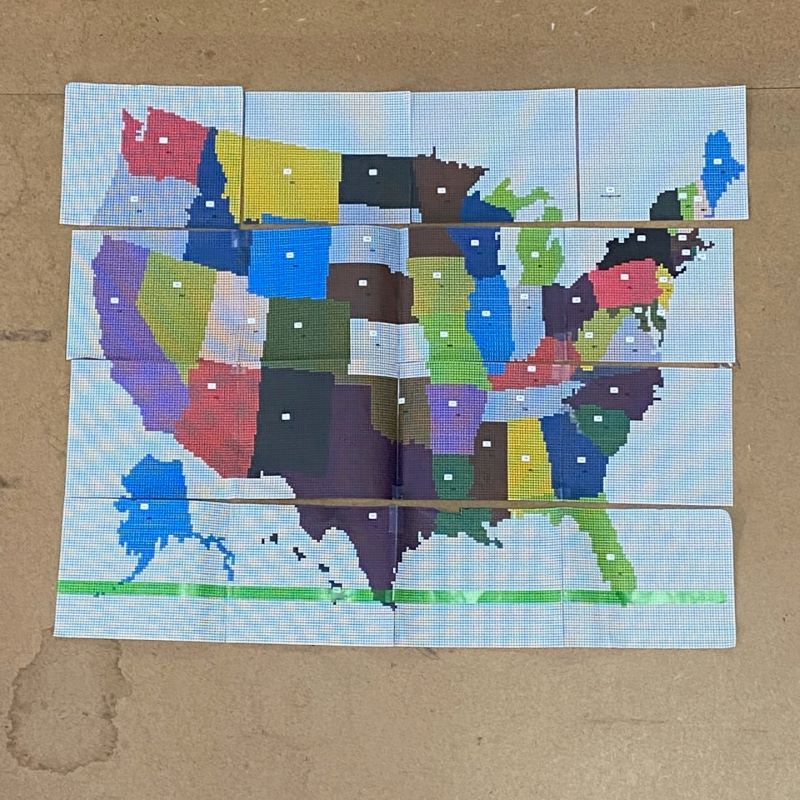 Here’s what it looks like so far. If you’re using this thing as a map, you better have Miami as your destination. 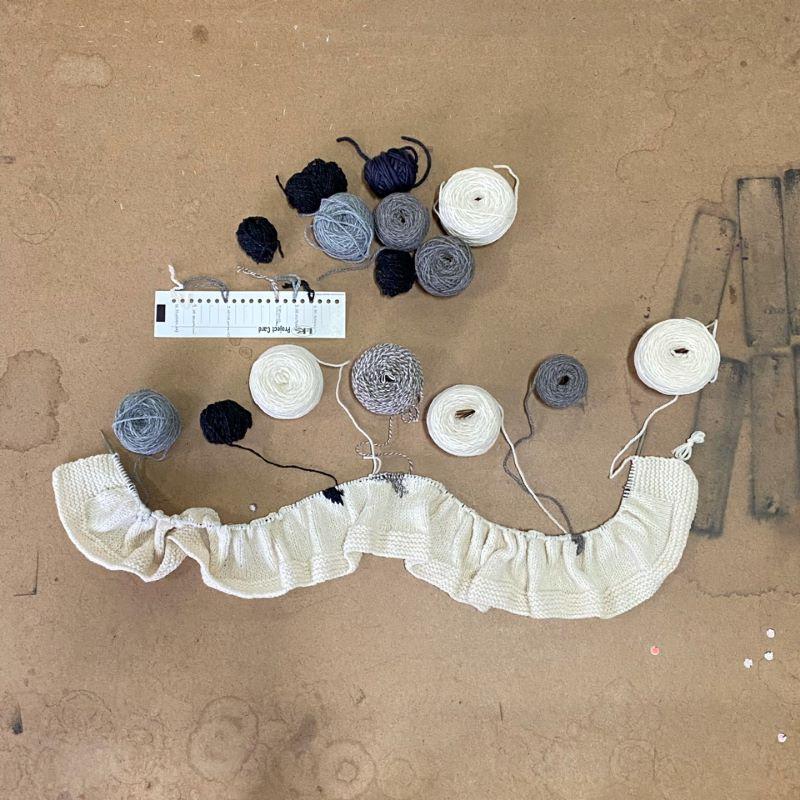 I’ll never finish it, of course. But I’ll think about it a lot. You think I’m focusing on boxing up your order, but what I’ll really be doing for the next ninety months is wondering why the heck does New England have so many fiddly small states. WHY, Rhode Island!?

We might as well give DG one more Field Guide No. 20 to pack up. The prize? A Field Guides Subscription 2022 to one lucky winner. (If you have already subscribed, thank you! You may give the prize as a gift.)

Step 2: What’s your never-gonna-finish-it project? Or if you never say never, what’s the most ambitious knitting project you ever started? Tell us in the comments.

Deadline for entries: Sunday, February 13, 11:59 PM Central time. We’ll draw a random winner from the entries. Winner will be notified by email.