Erika Knight is living a life filled with travel, rich experiences, and endless sources of inspiration. Recently, she corresponded with Melanie Falick, the creative director of our Field Guide series, about her fascinating creative journey. We love being a fly on the wall—hope you enjoy this too.

What are your earliest memories of making by hand?

Probably needlework classes at school. We all had a tray with a lid labelled neatly with our name on the side. Inside I kept all my bits and bobs for whatever project we might have been working on in class as well as scraps of fabric, sparkly things, and tiny little slivers of the most precious (to me at least) materials, threads, buttons, and beads.

I suppose it was an early kind of stash, and I absolutely remember that feeling of carefully opening the lid of the box and delighting in all of the treasures inside, as well as coveting shinier items that a friend might have had in her box.

I guess I have always been a magpie in that sense, and I still love finding and collecting textiles. I can never resist a rummage at a jumble sale or charity shop and love finding an overlooked fragment of something old and forgotten that has a bit of embroidery or other personalisation on it. I can imagine the woman (because it usually was) who sat late at night, or in poor light, and went beyond the functional to embellish, taking something mundane like a napkin or a tablecloth and making it beautiful.

Looking back, do you think there were hints in your childhood of the creative path you would take as an adult?

I was certainly always interested in fashion and design. I loved drawing, playing dress up and making clothes for my dolls, and I think I was seen as the creative one in the family.

My career (although I am reluctant to call it that, as I still feel as though I am working out what I want to be when I grow up) has not been a linear path, which I think is probably the case for most creatives.

When I left art school (I think my parents knew before I did that the world was not waiting for another mediocre painter!) I was a croupier at the casino for a while, and then got a job in London working at a silkscreen printer, which I loved.

But my bank manager at the time told me in no uncertain terms that I wasn’t earning enough to make a living. So—underqualified and completely naïve—I said yes to a design role in Italy, and it was there that my eyes were opened to fashion design as a serious industry.

What art school did you attend and what did you study there? What stand out as favorite classes and memories? Most important lessons?

I went to Brighton to study Fine Art. It was the 1970s, and I think I was really lucky to catch the tail end of art school, when it was a space for misfits, eccentrics and mavericks, and less about assessment objectives and judgment.

There was always something eccentric in the best possible sense going on when you walked around the building—a performance student rappelling down the main staircase, Bernard who would be dressed in full Edwardian regalia and invite you for high tea in the elevator, or the weekly Dramatic entrance competition at the refectory which got progressively more dramatic as the term went on. Everyone was an individual and given the space to be so.

I had a lot of friends in the fashion department, and I would often sit in on their lectures and take advantage of all of the facilities—like the sculpture studios, screen printing—it felt very easy to cross over into other disciplines.

I was into mark making, texture and abstract forms inspired by Robert Ryman, Sol LeWitt, and Gillian Wise. My final show was all made of fiberglass, encapsulating torn pieces of fabric and paper which were suspended like sails across the exhibition space. But there were tutors who would warn against getting too “crafty” and that was definitely seen as a dirty word and outside of the realms of the high art to which we should aspire. That’s probably one of the reasons why latterly I have been so vehement in promoting craft as having a capital C, and very much on a par with Art and Design.

What do you see as the most significant passages on your journey to where you are today as a knitwear designer and textile influencer?

I have been fortunate to travel the world and work with some incredible visionaries and practitioners, who have taught me so much about ways of seeing and ways of doing, along the way. It feels as though a lot of my work has been done “on the hoof”—discussing trend color in the back of a cab to Firenze airport straight from Pitti Filati, knitting swatches on a train up to London to present to a boardroom of buyers , sketching the next season’s collection on a long-haul flight to Australia via Mauritius to visit the best knitwear factories outside of Italy.

The journey from one place to another is usually more important than the destination. It’s that liminal space that holds ultimate possibilities, and affords you the freedom to experiment, it can be unsettling but sometimes you need just a little bit of turbulence to propel you to the next. I think it was John Lennon that said “life is what happens when you’re busy making other plans,” but for me life is what happens in transit, which is why I always bring my knitting in my bag! 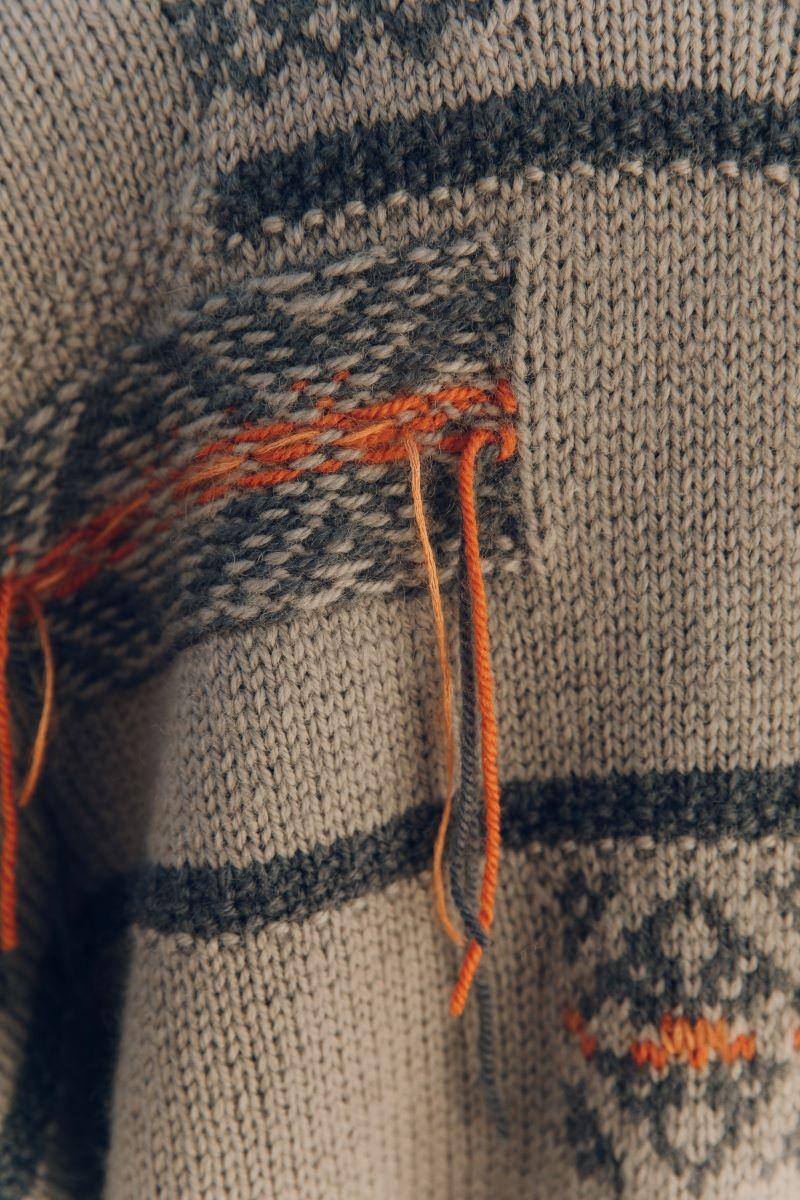