I remember the day I discovered Addi Turbos, smooth and sleek with a reputation for speed. They were going to be the literal silver bullet for my pokey knitting.

I’m always hunting for a way to knit faster, even just a titch. I am a slow knitter; it can take me months (and longer) to finish a project. I switched from English-style knitting to Continental and that moved my speedometer a bit, and now these needles were going to be the answer. I would knit like a Formula One racer and finish DK weight sweaters in weeks rather than months!

The speed I wanted didn’t happen. Why can’t we just will things to happen? Learn with a book under a pillow, get gauge just by thinking hard while knitting.

My knitting got a little faster, but my gauge was way off, looser. I’m a loose knitter anyway, but rather than going down a couple of needle sizes I was going down three or four to get gauge. I know logically, gauge is gauge and it doesn’t matter what size needle I need, but there is something psychologically disheartening to knit socks on size US 0000 needles.

It took me years to figure out that my needle material was the culprit for my gauge woes. I know I could also change the way I hold and tension my yarn, but I’m not interested in changing my mechanics.

Material can’t matter that much, you might say. Let me show you what it does to my knitting. 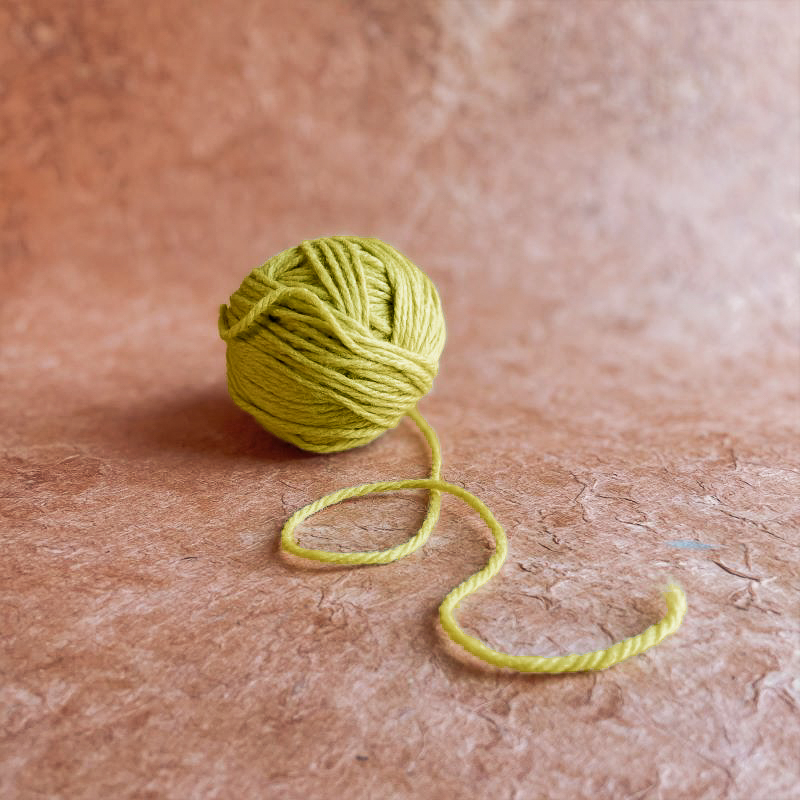 I’m comparing Tulip Bamboo needles to Addi Turbos (Addi Rockets are made of the same material as Turbos, but have pointier tips). I’m using plush Atlas yarn in the Pear color (I never liked yellowy colors until this one). My swatches are 24 stitches, and knit until mostly square. I wet finished my swatches, I didn’t pin them, just patted them into place.

My Tulip needles gave me 4.5 stitches to the inch. The needles are smooth and light, the stitches slid easily as I knit. I like the knitted fabric, and I would 100% use it for a sweater. 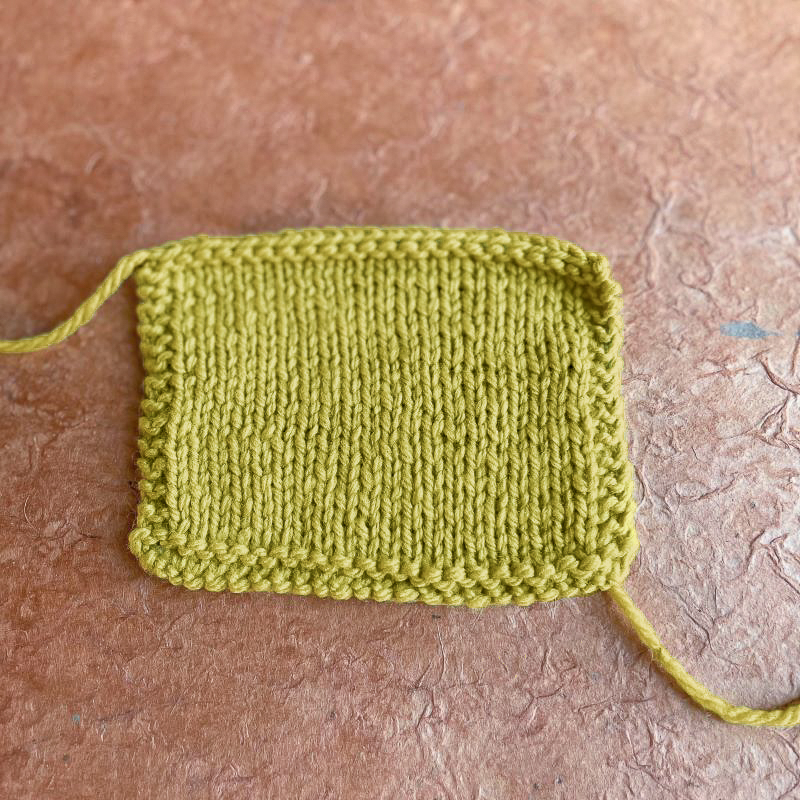 Addis were up next—the stitches just skimmed the needles, I felt like I was knitting faster, even if I probably wasn’t. However, I got a little over 3.5 stitches to the inch, and the fabric was just messy looking. 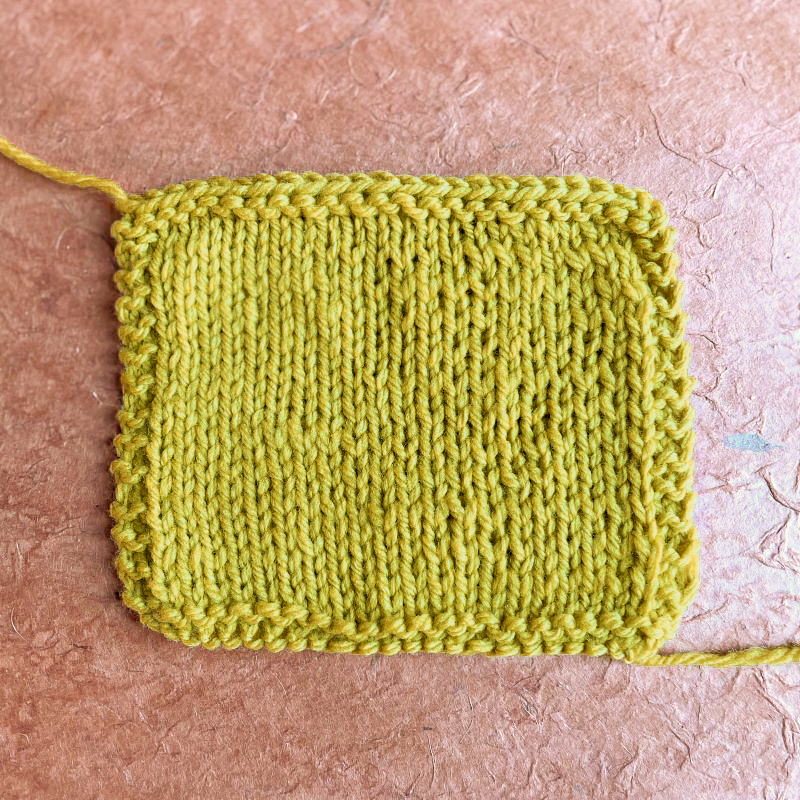 Think about the difference between driving on a paved or gravel road or between writing with a gel pen or a pencil—the motion is different. The rougher or more textured one of the materials is, the more effort it takes to slide (or roll), and the overall movement slows.

When I knit these swatches two of the elements to forming stitches stay the same: the yarn and how the stitch is formed. The third element, the needles, changes. I noticed when I knit with my bamboo Tulip needles the yarn slid slower, and everything about forming my stitches slowed down, giving me time to really complete each stitch, making the stitches tighter. With my Addi Turbos, the stitches were flying off of the needles before I had really completed forming them.

Look at the difference of the swatches together, because sometimes (ok, frequently) I dismiss the numbers. Big difference. 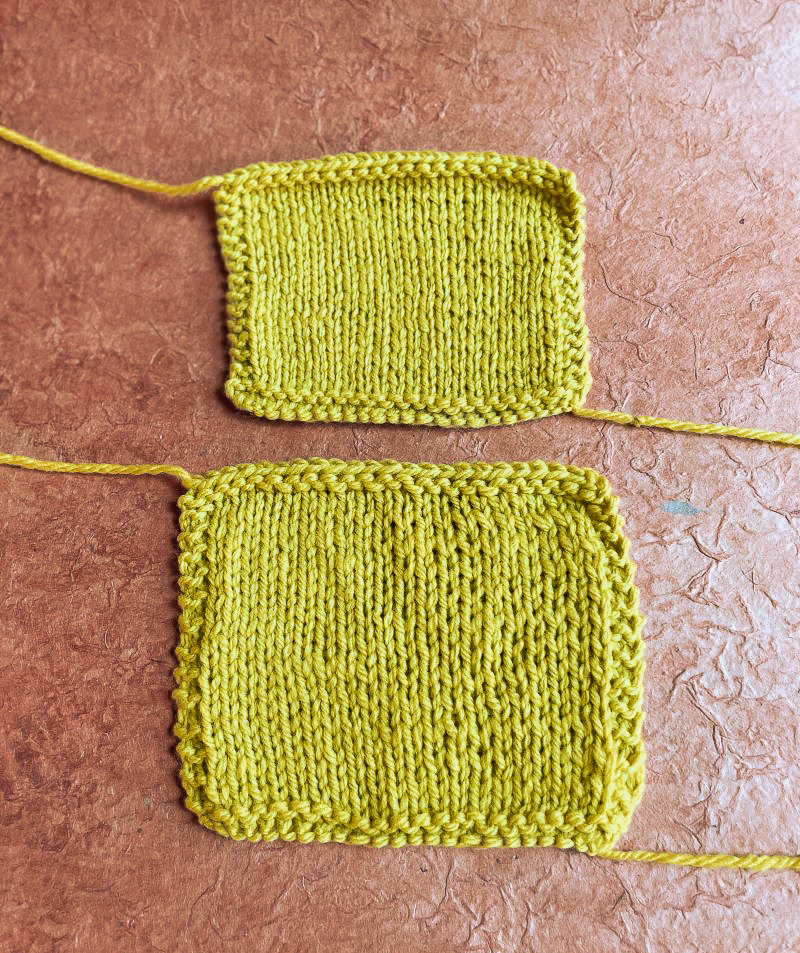 Just for fun (and I know one of you ever-curious knitters would ask) I picked up some Addi Rocket2 needles. They are the needles that are square and have a textured surface, but are still made out of the same metal as the Turbos and Rockets. 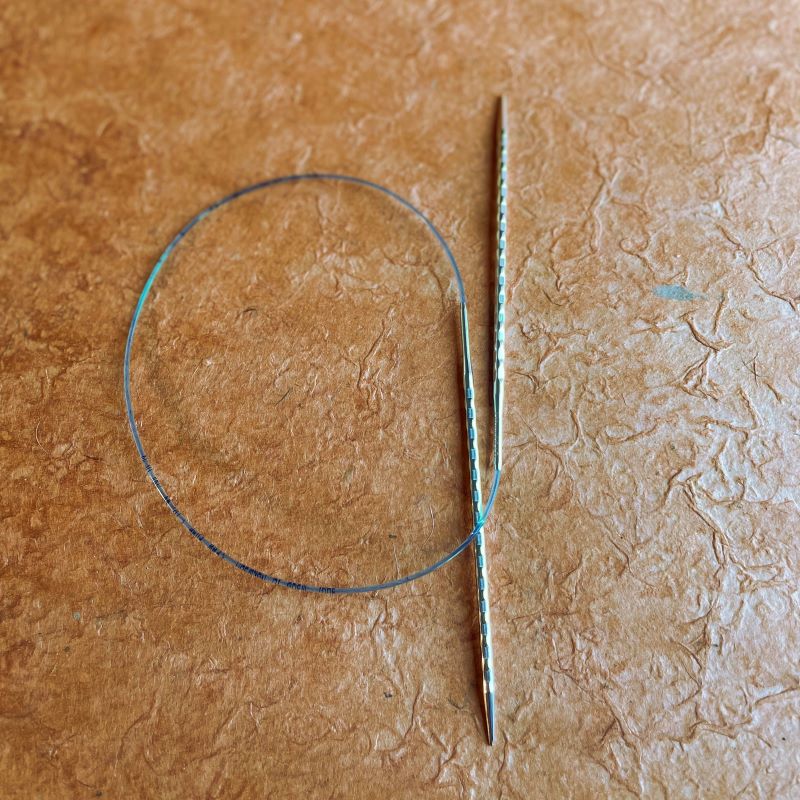 There is more friction when I knit, there is more slip than my wooden needles, but the stitches are not racing pell mell off of the needles. The Addi Rocket2 give me 4 stitches to the inch, and the fabric definitely looks a tidier than the Turbos. 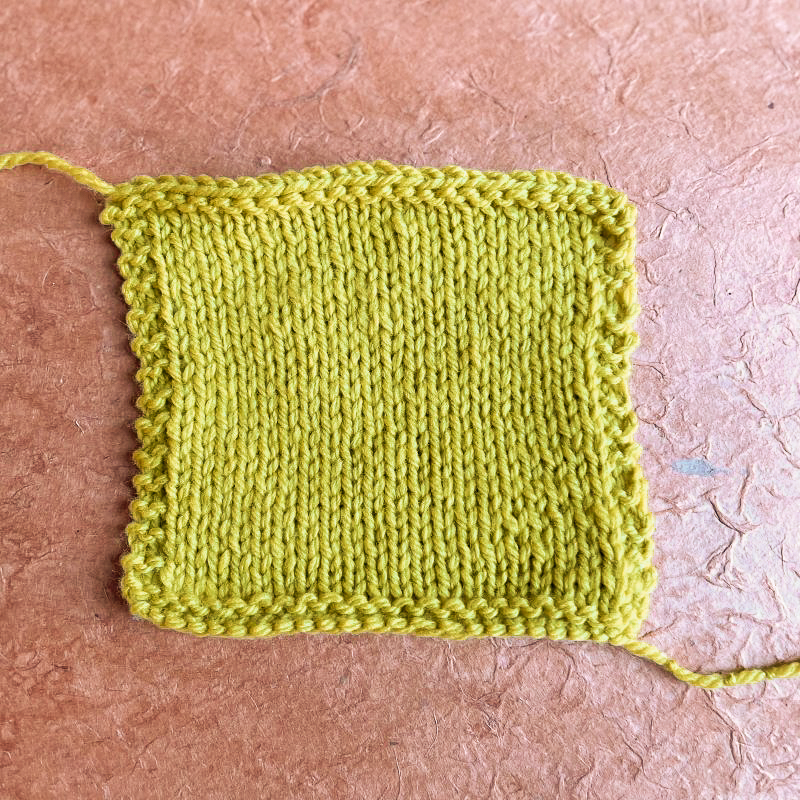 Because I know you are curious, and might want to know why these types of needles, square and sometimes textured, are called ergonomic, I looked it up. Guess what, it’s about friction too. Friction between your hand and the needles reduces the amount of grip needed to hold the tool effectively, slippery needles need to be held tighter to be used effectively. This is especially true when arthritis starts to creep into hand and finger joints (raises hand) and you might have less grip strength.

To each her own

I set upon my needle journey was to address my gauge and stitches being loose. If you are a tight knitter, and the opposite is true, try moving from wooden needles to metal to relax your gauge. I still use both types of needles, and now will be adding the third square and nubby kind.

For me, it’s all about the gauge, sometimes switching to a different needle material will get me that elusive .25 of a stitch per inch that I’m looking for. 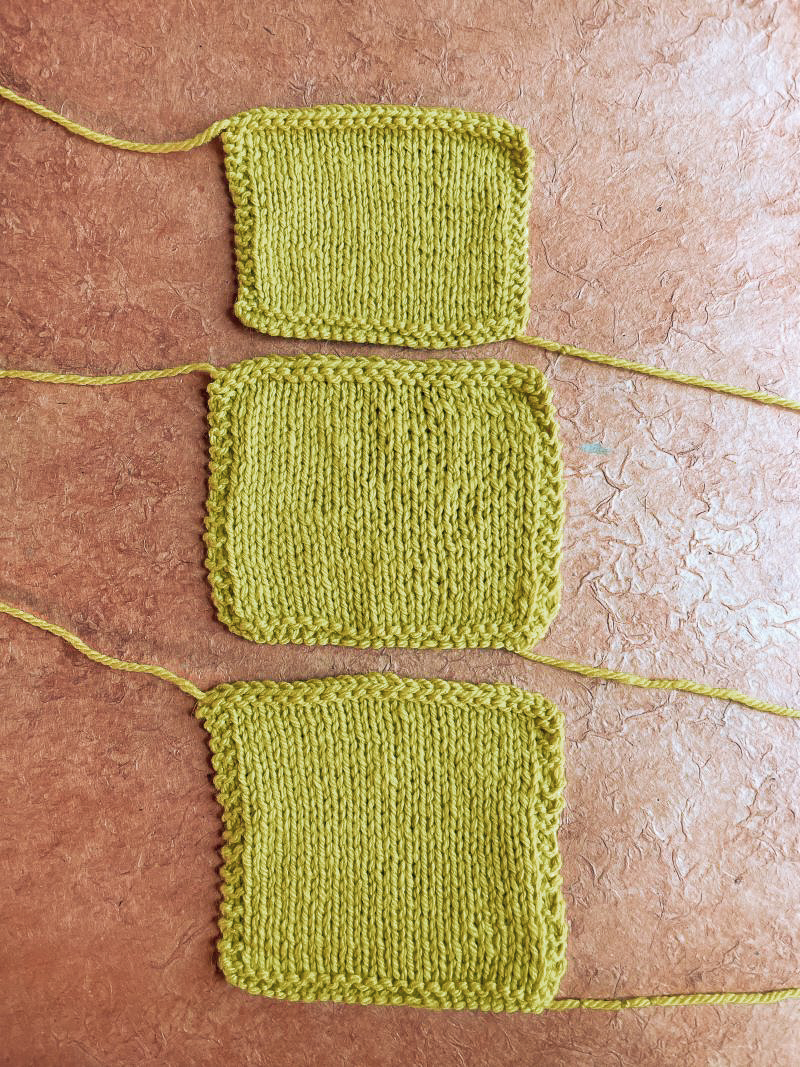 Save it for later. Here’s how to save this article in your MDK account with one click.