It was a sad day last fall when I plucked my favorite wool pullover from a drawer to find that moths had made a feast of the fibers. The holes were too tiny to repair with the BERNINA mending program. It would be impossible to repair invisibly. I researched visible mending techniques, but nothing really appealed to me. My pullover sat in the “to-do” pile for weeks while I mulled over the repair options.

One day, while creating needle felting samples for my store, Thread Play, it dawned on me that covering the holes in my pullover with dots of wool roving was the perfect combination of flair and function I was looking for. The gray pullover suggested a neutral color scheme for the dots. I chose taupe, dark gray, cream, and tan roving. 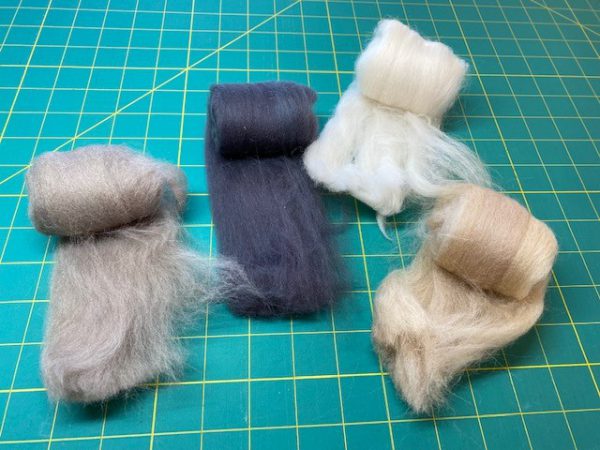 I started by pulling a small piece of roving free. I typically prefer pulling the roving, rather than cutting it, to leave a softly feathered tail that blends seamlessly into the shapes I felt. 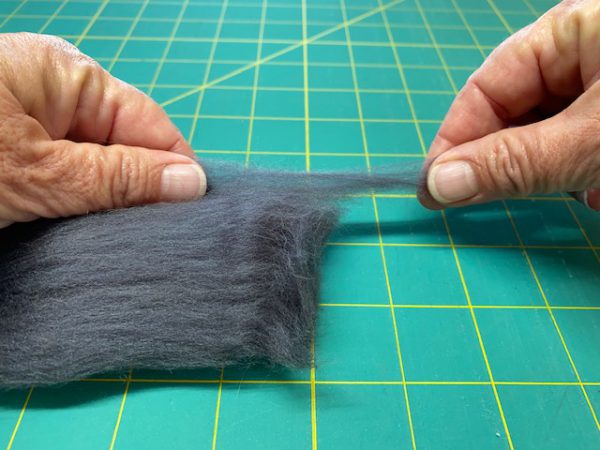 I used narrow whisps of roving 2”- 3” long. The roving was spiraled, beginning with a tight center. 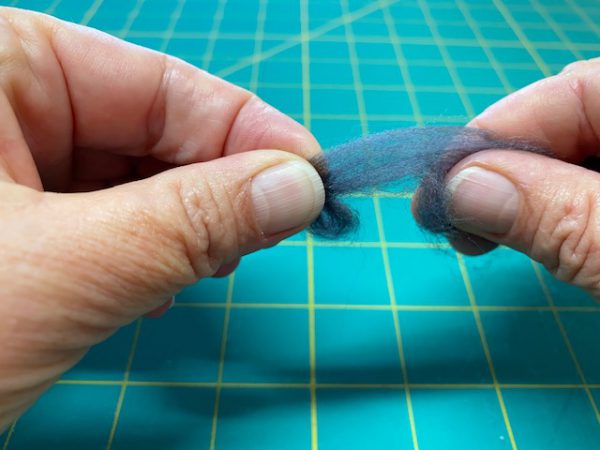 Continue spiraling to form a circle. 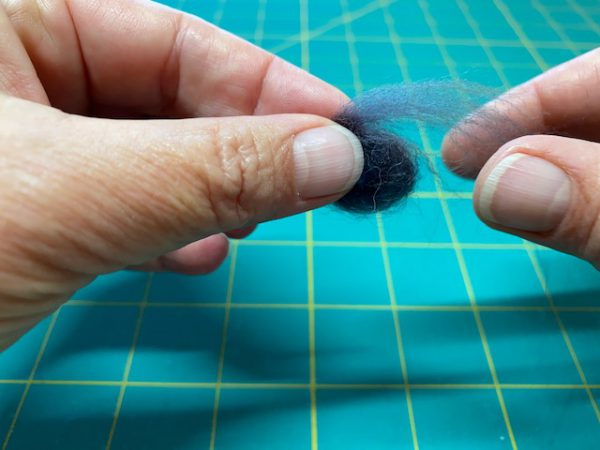 Here’s the finished circle with the feathered tail disappearing into the outer edge. 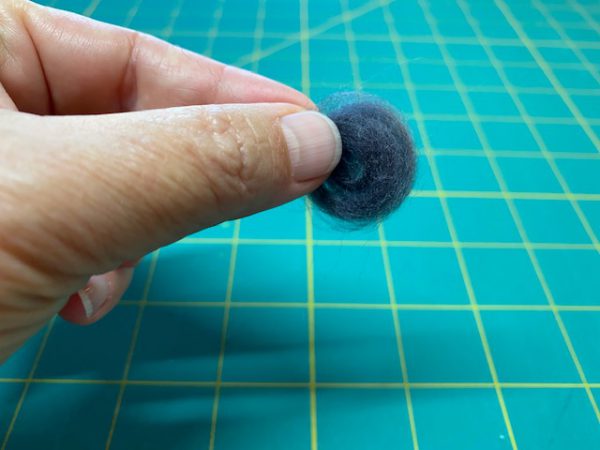 The roving circles were then pinned over the holes in the pullover. I tested color combinations and varied the circle sizes until I was happy.

I found it easiest to work in about 8” x 8” sections of the pullover at a time. This avoided dealing with too many pins and risking my dots unraveling and shifting before they were felted. The BERNINA PunchWork Tool and proper throat plate were placed on the machine using the instructions in the box. 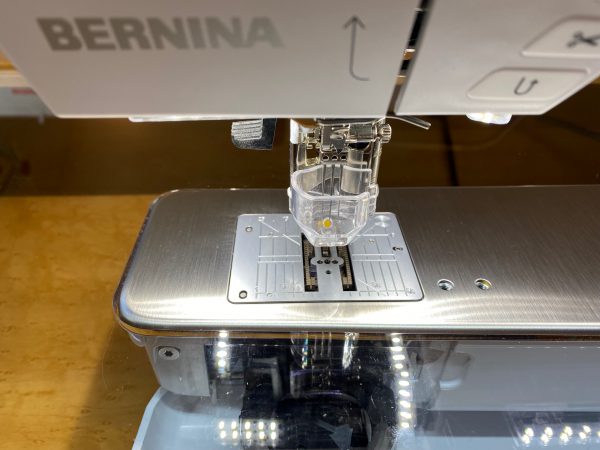 I adjusted the slide speed control to about 50%. Reducing the maximum speed allows me to “floor” the foot control while maintaining a consistent speed that isn’t so fast that I risk over felting the dots. 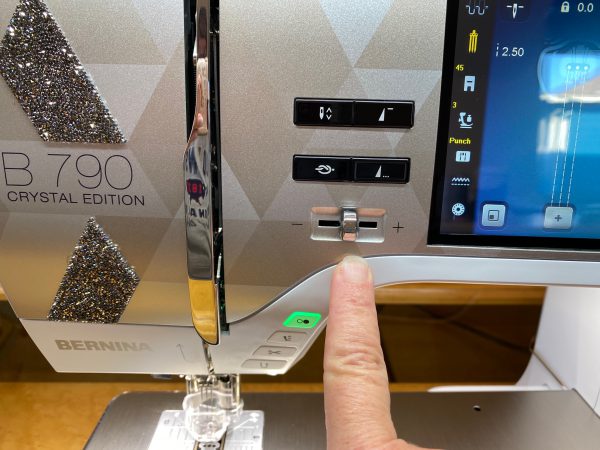 I next placed a roving dot under the felting attachment, lowered the presser foot, and removed the pin. The dots tend to distort if I immediately begin needle felting back and forth at a high speed. It’s easiest to maintain the circular shape by first “tacking” the edges with single punches. The single stitch function built into the BERNINA foot control, or the needle up/down function, allow tacking to help prevent distortion before the shape is secured. I prefer using the single stitch function on the foot control so I can keep both hands on my project. Notice my entire foot is placed on the foot control. My heel is not resting on the floor. This allows me to tap the front end of the foot control to take only one stitch, or punch, at a time. (Yes, I operate the foot control with my left foot so my right leg is free to use the Free Hand System, aka knee lift lever.) Alternatively, we can touch the needle up/down button twice. The first touch will first lower the needle, the second brings it back up, effectively taking one stitch, or punch, at a time.

I begin by taking one “stitch”, or punch, at the back of the dot, then move the dot under the presser foot to tack the front edge, then tack both sides. Tacking just four times is sufficient to secure dots up to about 1” in diameter. Larger dots require more tacks around the perimeter to secure the shape before thoroughly punching the shape. Using the Free Hand System to raise the presser foot while moving the still puffy circles helps avoid distorting the shape while tacking. Once the edges are taped, press the foot control to the floor and move the dot back and forth under the presser foot, thoroughly felting it to the garment fabric. Give the finished dots a good steam to help set the fibers. I liked the dimension in the dots so I didn’t touch the iron to my fabric. I held the iron about ½” above and let the steam pour out.

The Laurastar ironing system, with its suction ironing board, is ideal for techniques like these. Other steam irons simply bounce the steam off the surface of the fabric. Laurastar’s system suctions the steam though the fabric to ensure thorough steam penetration. Here’s the finished pullover. It turned out to be a fun opportunity for embellishment.

I never thought I’d be thankful for moth munch, but I think I like this new version even better than the original.