In the last week’s post about my temperature blanket, I mentioned that I’d decided to eliminate ends to be woven in at the right edge of my blanket, by spit-felting to connect the yarn when I change colors at the beginning of a row.

It took me about a week to figure out that there were too many ends on the right edge: enough for a pony tail.

People commented, emailed, phoned, and DM’d to ask this question: WHAT IS SPIT-FELTING? (OK they didn’t phone.)

Spit-felting, I’m happy to report, is exactly what it sounds like: felting with spit—or your moistener of choice. If my temperature blanket ends up lightly scented with chamomile and mint, it won’t be a coincidence: Sleepytime tea is my night-time knitting beverage of choice. I dangle the two ends of Felted Tweed in my mug and felt it right up, barely having to glance down from Around the World in 80 Days.

Spit-felting is a low-tech trick that relies on moisture and friction to bond fibers together. Important note: It only works with yarns that are primarily animal fibers.

In spit-felting, you felt the end of the old color together with the beginning of the new color, and you keep on knitting. Look no ends!

The video up top is an excellent Little Lesson video from Jen Arnall-Culliford, in which she demonstrates what she calls (more politely) a felted join. She’s using the same yarn as I’m using for my temperature blanket: Rowan Felted Tweed.

Jen’s video explains everything you need to know about the technique itself—just ignore the mentions of intarsia unless they’re relevant to the project you’re working on.

Where to Place the Felted Join

In Jen’s video, she was joining two ends of the same color yarn. When I’m starting a new stripe on my temperature blanket, I’m changing colors.

So the question arises: where do I put the join, to avoid an obvious smudge of the old color on the new stripe, or the new color on the old stripe?

Here’s a way to do it that minimizes color overlap.

Step 1: Knit to the end of the row of the old color. Break the yarn with an inch or so to spare. 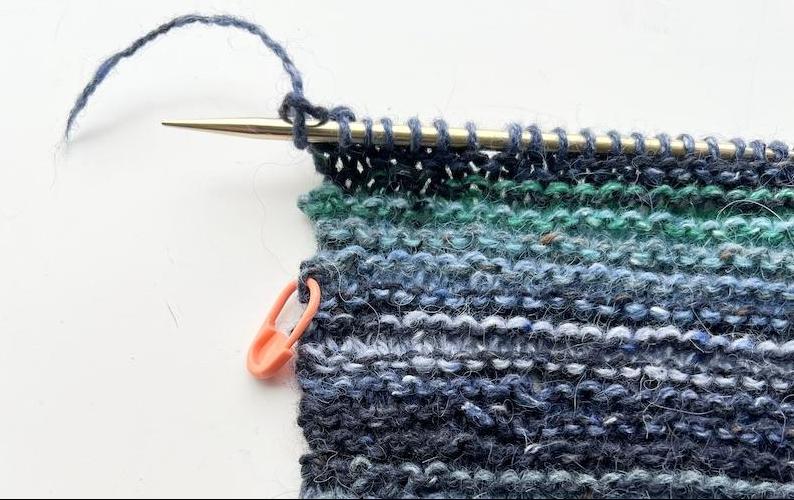 Step 2: Unpick eight stitches. (Attention new knitters: there’s a great little video on how to unknit stitches in the Skill Set: Beginning Knitting video app. I wish I’d had it when I was trying to figure out how to tink back safely!) 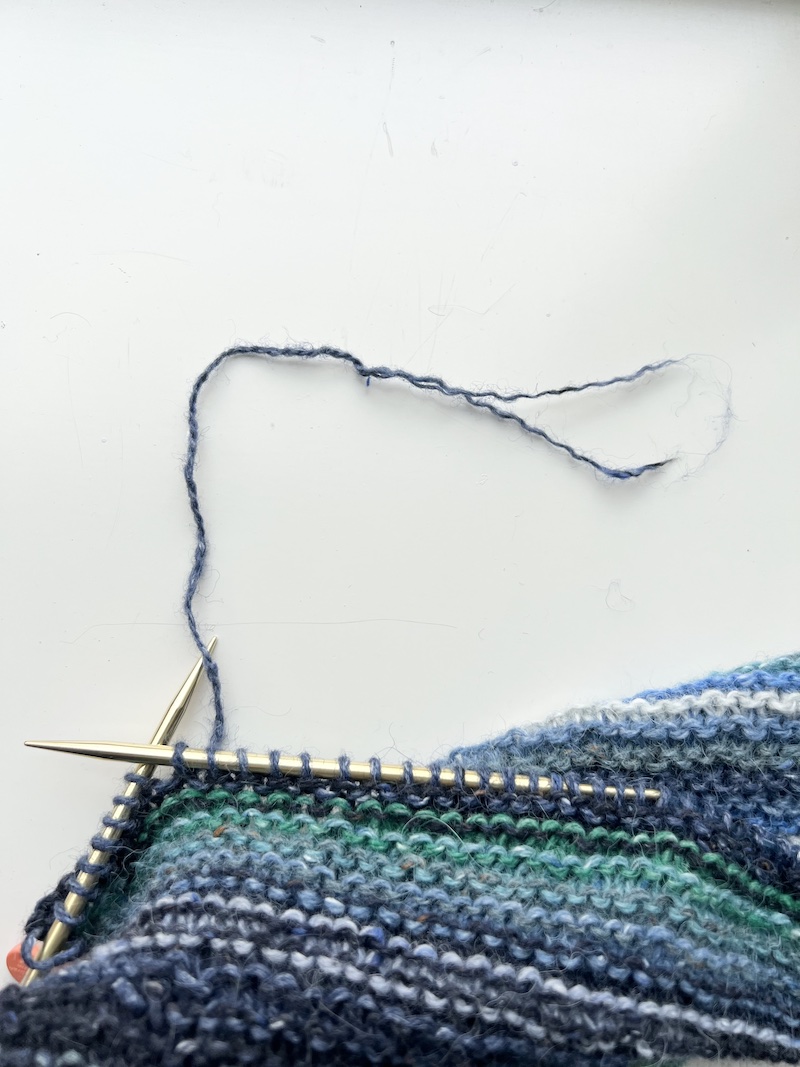 Step 3: Follow the instructions in Jen’s video, aiming the overlap of the two strands at that inch at the end. 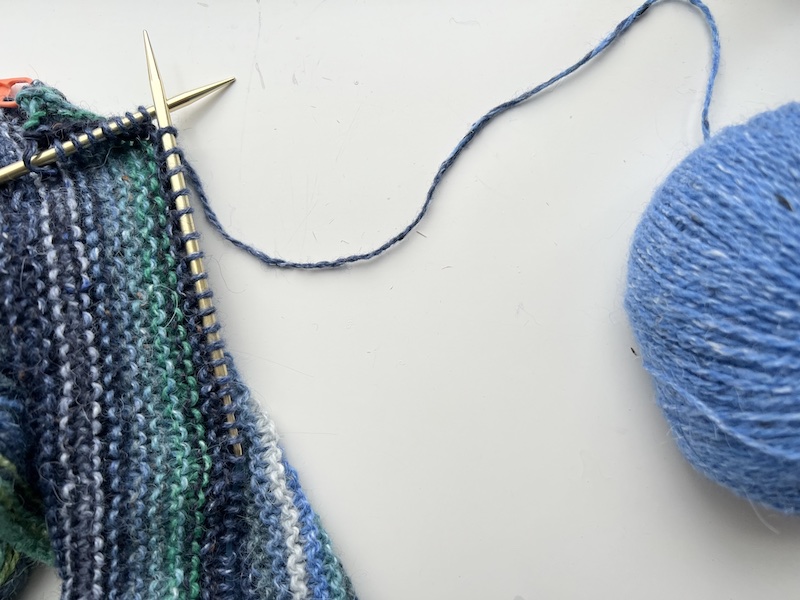 Step 4: Finish the row of the old color and carry on knitting the new stripe.

After a while, you can just knit to the last eight stitches of the old color and estimate the length you need before the break, do the felted join, and carry on.

Because Felted Tweed has tweedy flecks, the two colors blend nicely, and the overlap is hard to see. With other yarns, the color change might be more obvious, and you might decide you’d rather weave in the ends. You are in the driver’s seat on this one!

I don’t always separate the two plies of Felted Tweed and break off one of them. Because of the felted nature of this yarn, the plies don’t always separate easily. For me, the felting process compresses the fiber enough that it’s ok to just felt the two ends together, all four plies. Again, this is the knitter’s choice. Knitting lets us each choose how far to dial up the finesse on the refine-o-meter.

Good News For Bang Out a Sweater Knitalongers!

Léttlopi was born for spit-felting. When you’re knitting the solid-color body and sleeves of your Daytripper Cardigan, you can use spit-felting to avoid ends to weave in when you join a new skein of the main color. Just follow Jen’s instructions in the video above, and Bob’s your uncle!